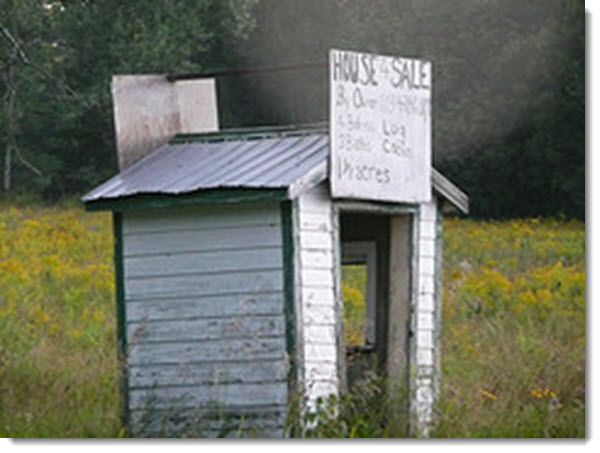 Elizabeth Winetraub writes about real estate and is a broker herself. Her advice regularly appeared on a section of About.com devoted to real estate. More recently some of her stuff has been recycled on a site that I believe is a spin-off of About.com called TheBalance.com. Recently they posted an article that was updated in August of last year entitled “Discount Real Estate Brokers – Can You Really Save Money.”  Mr. Winetraub writes well and makes clear a truth many agents would just as soon not talk about…the negotiability of commissions.  I’m sure there are plenty of people out there who haven’t bought or sold a home in a while who may not understand this…there may even be some agents who are bewildered by this concept.  But it’s true and always has been, although 20 years ago you would have never guessed it.

In fact, it was discount brokers who forced the issue. When more traditional brokerages felt threatened they tried to keep the discounters out of the MLS systems, which would have effectively neutralized them. This drew the attention of the Justice Department who found pervasive price fixing.

Although there is really nothing inaccurate that I could find in this article there are two things that annoy me a little bit because they are missing.

The first is that she persists in using the term “Discount Brokers.”  Discount from what? The very word suggests that there is a standard. There isn’t. Shopping for a better price does not mean you have to accept less service. The last time I bought a new car, I shopped three dealers. Unbeknownst to me, one of the dealerships was owned by another. Turned out these two were bidding to sell me the same car…not the same make, model, color, and accessories, but literally the same car. If you shop carefully for cars…or real estate services…you can often get a better price.

Many brokers, whether they are labeled “discount” or not, are willing to adjust their pricing based on the level of service received and, to her credit, Ms. Winetraub points out several examples of this.

But my biggest gripe is that she ignores the big reason why you can often get service just as good at a lower price.  It’s the same reason that has driven the profitability of successful companies in one industry after another. They are more efficient and have lower overhead.

The traditional brokerage business model was greatly strained during the recent recession. Companies who had leased fancy office space, built elaborate websites and put staffs in place for marketing, technology, real estate schools and recruiting efforts found themselves under tremendous pressure. Many were part of national franchises there were also taking a cut of the commission. Some have weathered it, some have not. Some have adjusted in various ways. But it usually isn’t the result of “discounting” their services.

When my dentist retired she sold her practice to another practice with “Studio” in it’s name. The offices were nicer, I was offered a bottle of water, there was a big aquarium for my waiting room entertainment. The same person actually cleaned my teeth. But I had the unmistakable feeling I was being hustled and would soon be looking at an $8,000 “treatment plan” that would make me look like a Hollywood star. Not going to happen, I never went back. If you buy a car from a Lexus dealership the experience will probably be a lot different than that of a Kia dealership and it’s part of why the price of a Lexus is so much higher.  I get it, it’s marketing.  But if you just want to keep the teeth you have until you die or just want a reliable car to get you from here to there, you have a choice. Ditto with real estate.

There’s a lot of talk these days about robots eliminating jobs. I’ve seen two recently that estimate the likelihood of it happening in various industries.  One put the likelihood of real estate agents as high as 75% another about 45%. At first I wondered “how could that be?”  But it’s not really robots they are talking about but technology. Furthermore, it’s been happening a good while in real estate especially on the buyer agent side. It’s not one big thing, unless you count the internet as one thing, but lots of little changes and services most of which rely heavily on the internet. Some of the saving this has brought is now being reflected in the pricing possibilities, many of which are described in Ms. Winetraub’s article.

I write about real estate too and even have a Kindle book on Amazon called Fun To Sell – Easy To Buy that describes this progression.

By the way, I’m now with Distinctive Properties, that does have a distinctively charming little office on Jackson St. near Downtown, but it’s certainly not a big overhead item.