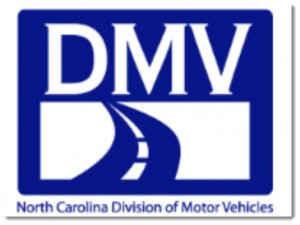 As my birthday rapidly approached, I stared at the card from the DMV saying I had to come to one of their offices to take and eye test and renew my license. What fun.

One of my first impressions of Durham when I moved here in the fall of 1984 was the DMV office. If the scene had been in black and white I would have assumed I was in a silent picture era Charlie Chaplin movie. There was a room full of chairs in neat rows facing the front of the room. When an examiner finished with one client everybody in the room…maybe 50 or 60 people…got up and moved one chair.

The technology that allowed a customer in a busy bakery or deli to pull a little numbered slip from a device to establish their place in line had not reached the DMV yet. The sight of so many anonymous sheep, including me, following this bureaucratic dictate still generates a chuckle when I think about it.

The last time I had to renew the license I remember being pleasantly surprised. I was in and out quickly with my newly minted license.

I am sad to report things have regressed almost to the point where you would wish for the room full of chairs in orderly rows.  I should have left when I saw a cluster of folks standing around the door smoking when I first arrived.

I had already been to the office once and walked away when I saw it was so crowded.  The second time I was committed to see it through and I gave myself the full morning, hoping it wouldn’t be that bad.

The basic numbers…I was in the office over two hours. Of that approximately 3 minutes were spent with an examiner who did her best to counter my scowl with a pleasant disposition. One minute was spent on the eye exam and another minute to take my $20 and give me a little slip of paper to write my signature on. Then I had my picture taken which took two minutes tops. Afterwards, I was handed a temporary paper license and a promise the license would be in the mail.

The rest was waiting. The first half hour was waiting to get checked in. It seems the person assigned to give you the number that bakeries have you pull out of a machine is assigned to the same person who takes the pictures at another station. He uses some sort of computer system and apparently creates three different lines, I suppose for different services. But it was just another source of frustration. When the 500 path was two numbers short of my number, they suddenly switched to the 400 and the 700 path. Maddening, and all of a sudden making my 12:00 meeting was looking doubtful.

Facebook on the iPhone killed some of the time but the room was so jam packed with people waiting for various things to happen made it difficult to tune it out.  Between the exam and the picture I had to wait standing up since the only empty seats were behind examiner desks.

If the processes were bad, the personnel weren’t too inspiring either. One of them, walking (slowly) out the door to give a driving test, barked to the check-in line to tighten up and not block the door.  At that point NOBODY had been checked in for 20 minutes and the line was past the door to the opposite wall. While I was waiting for an examiner (an hour AFTER check- in) I watched one examiner look around for the supervisor, who, as far as I could tell, did nothing. Not spotting him, she spent five minutes counting the money in her cash drawer twice. When the big hand was straight up she took her sippy cup and purse and left for lunch.  There was no way she was going to deal with another client in those last minutes before her break.

I did chuckle once. While the examiner was counting my cash (yes, you still must bring cash or a check…no credit or debit cards) I noticed pictures on the wall of Governor McCrory, the Secretary of Transportation and some other guy I didn’t recognize. Boy, if they thought somehow this would help their images they were sadly mistaken.  You don’t want a slowly moving procession of annoyed and frustrated citizens reminded that you are at the top of the chain of command of an operation like this with an election only a year or so away.

“Yeah, it’s like this every day,” said the DMV guy at the front as he moved slowly from the check-in station to the picture taking station.

Looking for a picture to use with this post I found a news story on WRAL about new technologies at DMV to speed up the average wait time of 30 minutes since budget cuts had left them short-handed. That was in 2012.  I guess the new technology didn’t work so well. Like my ol’ pappy used to say, “Hey Meathead, you can’t stuff ten pounds of crap in a five pound bag.”

Oh, and if you just come here to get an ID so you can vote, it will just reinforce claims of deliberate voter suppression.