You are here: Home / Reflections / Follow up on the Burglary 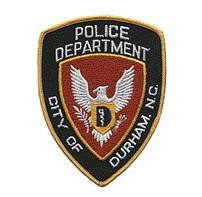 I’ll admit I got a little perturbed by a lack of response to emails and phone calls from the police detective that was investigating the burglary at my home and I let her know it. In fact, it was starting to annoy me more than the burglary itself.  For someone that spends a lot of time with a computer it seems like it would be easy to just shoot back “Thanks…got your message…I’ll let you know as soon as I get something.”

Three things happened to make me feel better and better about our police department.  The first was that they found three gold rings and a pair of cuff links at a gold dealer and identified the guy who brought them in.  He’s number 2 on the November police wanted poster, a guy named Russell Barbee, known to the police. He’s in his mid-fifties and a little over 6 feet tall and 200 pounds according to the detective that returned my stuff.  Looks kind of like a loser in this mug shot. I have assumed that the burglar was younger (he or she climbed through a window about  5 feet off the ground) but maybe this guy was only trying to fence the stuff for someone else. 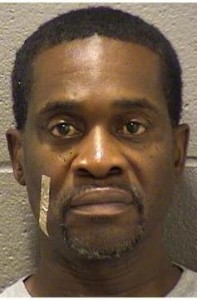 The second good thing was that my friends and neighbors, JoAnn Comis and Carey Sharp helped organize a Neighborhood Watch meeting that was held a Hope Valley School. The attendance was great. Even though I’ve been in this home about 14 years and have perfect attendance at our annual August National Night Out block party. I met several neighbors  that I hadn’t met before.

Finally, the best part of the gathering was meeting  Captain David Addison who runs the substation covering my neighborhood.  He also is part of the Partners Against Crime meeting each month and regularly posts suggestions and statistics to the PAC3 Yahoo Group every month.

I suppose that like most victims of burglaries, I expect the full resources of the police department to drop everything else to try to get my stuff back but it seems sad by true that there will always be not quite enough police to really get the job done no matter which way the statistics go.

Anyway, after Captain Addison’s remarks and response to questions at the meeting I am much more confident that they are doing everything they can with the resources they have to keep a lid on this type of crime.