You are here: Home / History / The Secret Game 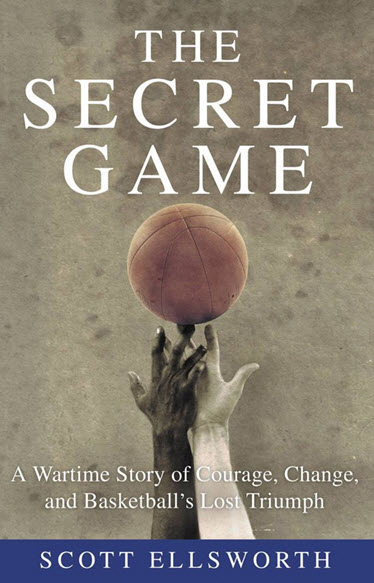 At a certain age you can read history and realize you could have reached out and touched it or even been part of it.  Such was the case reading Scott Ellsworth’s The Secret Game. Unfortunately, it isn’t always a proud moment when you realize you were totally clueless to the drama that was going on.

I arrived a little early at an event at the Durham Convention Center which the Durham Convention and Visitors Bureau calls its Annual Tribute Luncheon. It was there I ran into Tom Krakauer. Tom has a place in Durham history as the leader that took the old Durham Children’s Museum and made it into the Museum of Life and Science. Now retired, Tom is nevertheless one of the movers and shakers behind the effort to create a Durham History Museum which is already in its first incarnation as the Durham History Hub.

On this day, Tom was as enthused as I’ve ever seen him about this book which has a climatic chapter about the game that was played during World War II between a Duke Medical School basketball team and a team from The North Carolina College for Negroes, or what we know today as North Carolina Central University. Tom recommended it so highly I went home and ordered a copy of it.

The game itself, while it was dramatic and maybe even added another lane to the rugged road to equitable race relations, only took one chapter to relate. How the players and a very special coach got there in the Jim Crow era, is the real story and masterfully told.

Today we can claim that Ordinary Durham is one of the more progressive cities in the old south, but if you keep your eyes open, you realize we still have a long way to go.  However, The Secret Game illustrates just how far we’ve come.

The game was played in March of 1944, a little more than a year before I was born up the road in Richmond. In July of that same year, an unarmed black man, a private in the Army and stationed at Camp Butner, was gunned down and killed by a white man in authority.

However, it wasn’t the police that shot him. It was an armed bus driver and the infraction refusing to move to the back of the bus when whites started boarding. The bus driver was tried before an all-white, all-male jury that refused to convict him.

While the secret game had already been played when I was born a year later, Jim Crow restrictions where still on the books and enforced in the proud capital of the Confederacy as I was growing up .

When I was about 15, protests were mounting about restricting blacks to the back of the bus.  I had ridden the bus many times in the front with blacks in the back. There was no tension, much less outrage. Like most people my age, I assumed that that’s the way things were and there must be a good reason…if I gave it any thought at all. This cluelessness embarrasses me now but was pretty typical of everyone I knew.

Politicians often talk about the need to have a national conversation about race. All of us good liberals nod in agreement but I always wonder, what the hell do they mean by a “conversation.” I always imagine a lot of shouting and high emotions.

But maybe it doesn’t have to be that way. Certainly well researched and readable histories such as The Secret Game are part of it. Another possibility is memoir writing. I’m starting to get that itch just to share some things about myself and about the things I never asked my parents or grandparents about. In my head, I’ve outlined a number of chapters, including ones on earning a living, football, basketball, working out, women, cars, religion and family. But the chapter I have thought more about than any other is the experiences that have shaped my history in race relations. I’ve had my moments, high and low.

Besides generating some soul searching about race relations, Ellsworth’s book is interesting on at least two other levels. I’m sure there are more comprehensive histories of the rise of a black middle class in Durham and the founding of NCCU but these stories are well told here. You also won’t be disappointed if you buy the book just for its account of the evolution of basketball.  Ellsworth also helps explain the uniqueness of Durham or what some call grit, texture or sense of place.

Here’s an interesting interview of Scott Ellsworth on Fox News of all places….