You are here: Home / Reflections / Why I Still Like Brian Williams 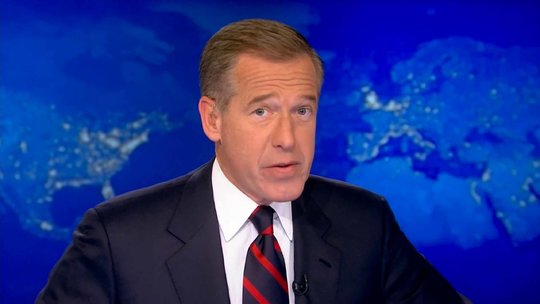 I have never been one to take great physical risks. Rock climbing looks idiotic me and I’ll never jump out of an airplane. However, when guys start talking about their close brushes with disaster, I do have a story to tell.

After my junior year at Notre Dame, a few of my teammates on the football team organized a six day canoe trip through the Boundary Waters of Northern Minnesota. My canoe partner and I probably had two hours experience between us. We expected it to be rigorous but not necessarily dangerous.

The loop we were making involved finding landmarks and then portaging the canoes, sometimes up to a mile. The weather was mild during the day but the water was very, very cold. We were the first group of the season and the trails weren’t easy to spot. No cell phones, no GPS and on most days we saw no other humans.

There are many stories to tell about that trip, some hilarious, including a dunking in that cold water and a lot of zig-zagging on that first lake. The most dramatic came on the fifth day. We were behind schedule and had completed a long portage when we arrived on the shore of one of the larger lakes in our loop back to the starting point.  We didn’t have a lot of food left…we were down to a couple of jars of peanut butter and a lot of prunes. We had also run out of spare paddles and a few of the cracked ones had jerry-rigged bindings to make them barely functional.

While preparing to shove off again, the sky suddenly darkened and thunder rumbled out of the woods. We had to make a quick decision to try to make a dash across the lake or hunker down and let the storm pass. We took off. Halfway across, the storm was on top of us full force with the wind blowing in our faces and the waves three or four feet high. We were still making good progress when we broke another paddle. I’m steering from the back, struggling to keep us faced into the waves so that we wouldn’t tip over again. My partner was very strong but without a paddle he couldn’t help, so it was on me to get us back to land and I was scared.

Obviously, I lived to tell the tale, but what’s this got to do with Brian Williams?

The truth of the matter is that my memories of that trip are really a series of unconnected images. I remember that “Oh sh*!” moment in the middle of the lake and I remember lying face down exhausted after reaching shore. I remember the impact the prunes had on all of us the next day. But frankly, when I tell the story, to make it coherent I have to come up with a few more details. I’m sure over the years adjustments have been made for different audiences. If I shared the story today with the other guys on the trip, I’m certain some of them would remember it quite differently. 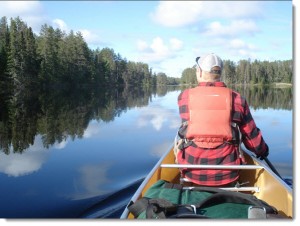 But nobody cares about the veracity my story because I’m a nobody. When it’s Brian Williams somebody will play “gotcha” and it becomes news, even if its importance in the grand scheme of things is no greater than details I might have invented about an old adventure.

I didn’t like Brian when he first took over from Tom Brokaw…he seemed too green and somehow unworthy.  However, I’ve really grown to appreciate his delivery, his sincerity and his determination to get good news into the broadcast. I also appreciate that he will go to big stories where they happen. I can’t believe he lied, but one post I saw on Facebook today implied how ironic it would be if Brian Williams was the only one punished for lying about Iraq. I’m one fan hoping Brian will weather this storm.