You are here: Home / Uncategorized / Condo or Can’t do 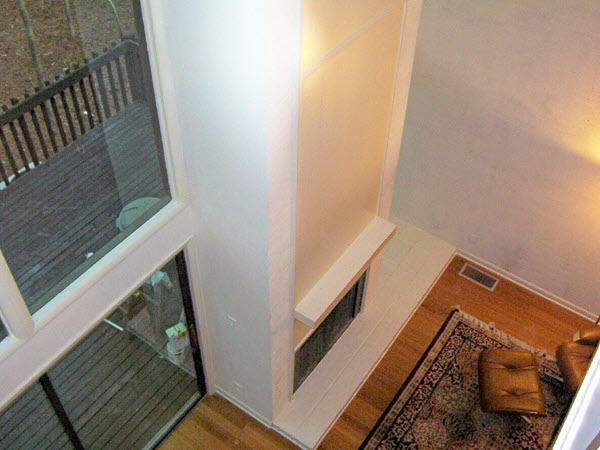 With home inventories in the lower to mid-cost range very tight you may consider something that you haven’t really thought of before…a condo.

Now a condo or condominium is a legal form of ownership where the individual owners only own the space within the exterior walls but jointly own all the common areas with their neighbors in the project. The units can all be in one building or rows of townhouses or even individual homes but they share the same commonality in that the land and buildings are owned jointly. Condos are also a way to combine residential properties with commercial property and often unused upper levels of commercial buildings are condo-ed. Some of these were what help start the revival of Downtown Durham. However,  before you fall in love with one of these often very cool residences, find a lender that will deal with them.

This might sound weird, but if you think this is weird, talk to somebody about Bitcoin, which in a strange way is similar…you own nothing you can put your hands on, but you own rights.

Nevertheless, the legal structure wasn’t created to make life difficult and it has some real advantages, many like any communal enterprise where the whole is designed to be more than the sum of the parts. Here are a couple of examples.

Suppose that you’re rich. But even if you’ve got money to burn and you want to live in New York with all it’s entertainment options and great food, you still don’t want to buy your own skyscraper to get a good view of the Hudson River and the Statue of Liberty. So, you can drop a few million for the rights to make your home in the sky and let the company that manages the Homeowners Association and the building worry about keeping the elevators running and the keeping the riff-raff from knocking on your door for a donation to the Church of the Beloved Onion.

Closer to home here in Durham, suppose you’re ready to downsize, tired of pushing a lawnmower and still miss taking a dip in the swimming pool you used to have in the home you owned before the divorce. Hmm…sounds like someone I know. Sure, you worked more on it than you swam in it but after cutting the grass, there was nothing better than a cold beer and a naked plunge in the pool.

Well, for the price of a home that might not be any bigger than your condo you can get all that taken care of by the homeowners’ association.  For the monthly fee, someone else will cut the grass and take care of the pool and the tennis courts and all the landscaping and collecting the trash. But you may have to slip on a bathing suit unless you slip over the fence in the middle of the night when no one is around…and if they are, they’re probably interesting people. Many pure condos will also take care of all external maintenance of the buildings including the roof, siding and original windows. Each condo can be a little different.

There are some pitfalls. The first condo association I got involved with here in Durham was before I started selling real estate and, with a little money in my pocket from selling that house with the swimming pool, I bought a unit to renovate and flip. As an owner, I became a member (and could use the pool) but I wasn’t really living there. Even if there is a management company involved, the members elect a governing body to oversee everything. So, we get some amateur politicians running the show. Even if they aren’t crooked, their own interests may take priority.

In this community the board figured they were spending so much time doing association business that the shouldn’t have to pay the association dues. The result was that there wasn’t enough money to repair the roofs or the disintegrating decks as the properties got older and they had to make some major assessments that shocked all the owners including me. They got it all worked out, but it was a big and unpleasant surprise for the owners who weren’t paying attention.

Long story short, my brother and I spent the summer renovating the unit I’d bought and had a blast doing it. In fact, I’ve never enjoyed working as much doing anything else which is good because we didn’t make any money, primarily because we way overdid it. The only people who made any money on our effort were the real estate agents involved, which is why I got my real estate license.

I still love that community even though I don’t own anything there. I bought another unit a few years later and did the flip and did make something and if the right unit came on the market I’d do it again and live there. My favorite townhouse condos though are in a different community called Dunbarton off of Hope Valley Road. A friend of mine who lives there describes it as driving into a picturesque mountain village. All the homes are unique and even though they have some age on them now they are highly sought after and seldom stay on the market long.

What I’ve said about the associations also applies to homeowners’ associations in communities where the ownership is more traditional and the owner owns the building and the land under them.

There’s more to the decision to go this communal route in purchasing a home or if you want to sell one. I’ve got plenty of experience with it and would be glad to talk to you about it and help you make it happen.

I’ve got another post about condos, that was originally written for other agents, but I’ve modified slightly so I don’t give any Realtor secrets away and will post soon. It’s more about selling a condo than buying one. 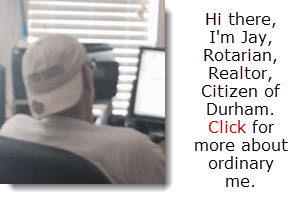