You are here: Home / Uncategorized / The End of an Era 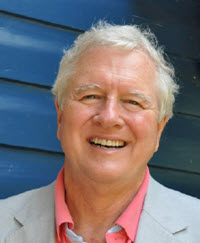 With the sale of his own residence, long time Realtor and founder of Distinctive Properties, Eugene A. Brown, ended his career and closed the company in early September. Also sold was the blue cottage at the corner of Vickers Ave. and Jackson St. which was the company’s headquarters for many years. The firm was opened in 1981 by Eugene and his wife Signa, also a Broker, in their home, known as the Blair House on Buchanan Blvd across from Duke’s East Campus.

By 1989 Eugene’s role in the revival of intown neighborhoods and preservation of some of Durham’s finest homes was worthy of a profile in The Spectator Magazine in April of 1989. The Spectator article is reproduced below.

The story didn’t end there.

Besides still selling real estate and selling Durham, Eugene also continued to manage the company and amass a large collection of political campaign and historical artifacts and an eclectic collection of art, some of which he sold in the Koi Gallery that was housed in the blue building’s lower level. Perhaps the capstone of Eugene’s service to Durham, however, was the 12 years he spent on the Durham City Council during a period of rapid growth and recognition for the City.

In retirement, Eugene and Signe will split their time between a slightly smaller one level home in Croasdaile Farms and another family home that was rebuilt recently on TopSail Island. 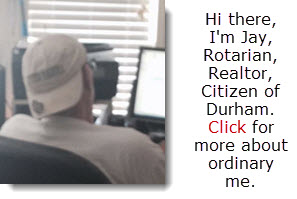