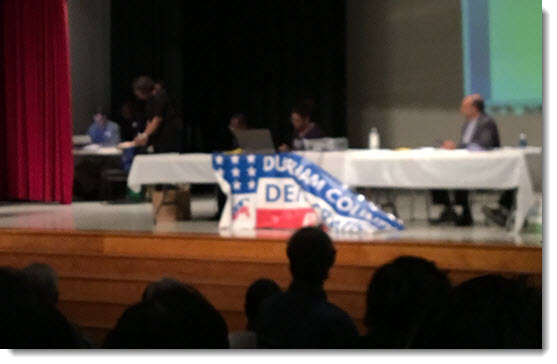 Will Rogers was an American humorist who died in 1935.  One of the quotes that he is most remembered for is “I’m not a member of any organized political party…..I’m a Democrat.”

On Saturday, April 1, I attended my first Durham County Democratic Party Convention and I saw what Will Rogers was talking about.  It was a beautiful spring day but like a lot of frustrated progressives, I want to play a more active role in our political system after the Trump election so I showed up.  Every day that passes in Washington and on Jones St. in Raleigh the more committed I am to that and every day I get more frustrated. I’ve been a liberal/progressive all my thinking life. The last Republican I might have voted for if I had been old enough was Dwight Eisenhower. I don’t remember ever NOT voting in any election I could in the 50 years I have been eligible. But I have never been active in the Democratic Party or any of the progressive organizations such as MoveOn or political campaigns at any level.

I was one of four precinct delegates out of ten that showed up for the convention from my precinct. Nevertheless, a show of hands from the delegates in attendance indicated that for at least half and maybe more of the convention attendees were there for their first time and probably for the same reason I was.

At first I found the pace of activity frustrating but by the middle of the afternoon I was just bemused, both by the level of disorganization and the earnestness of the participation in what to me seemed like pointless exercises.

“So, Mr. Know-It-All,” you’re thinking, “what would you do differently?”

I do have some suggestions but I offer them cautiously for a couple of reasons. The first is the fact that so many of the people in attendance, especially the veteran party activists, where obviously committed and enjoying themselves. One of the speakers, an elected official, even said that it was the best convention she had ever attended.  If this is the Democratic Party culture that goes back at least to Will Rogers heyday early in the last century, I have to ask myself what chance is it that my suggestions will have any impact?

The second reason was pointed out by another long-term elected official who addressed the audience. He pointed out that the overwhelmingly Democratic vote in Durham made the difference in several of the state wide elections including two of the most important, the Governor and the Attorney General.  Somehow though, I can’t believe that Durham’s example of disorganization will spread to more conservative and rural counties and turn them Democratic.

So, at the risk of alienating a bunch of good people who have worked hard to elect progressive people and with whom I agree on virtually every major issue, here are my suggestions.

Start on time and finish on time.

Registration, which amounted to getting your name checked off a list and going to another table to write your own name tag, was supposed to start at 9:30 and the Convention was supposed to start at 10:00. It appears that 10:00 was just a broad target. It was after 10:30 before anything began to happen. It was supposed to end at 2:00. I got frustrated at 2:30 and left. I was not the first one to leave. It appeared to me the at least half of the delegates had left by then. A friend told me later that it went all the way to 4:30, even though the newly elected Chair who took over the meeting after his election, insisted that the group had to be out of Shepherd Middle School by 2:00. When I walked out into the sun, I had plenty of doubts about ever attending again.

As a newbie to the process I would be interested to see what the officers that we were electing are supposed to be qualified for and what they will be held accountable for.  The Durham Democrats website is no help in that regard. The closest thing I could find on the site was a link to the “NCDP plan of organization” but the link was bad. I did find the document by searching the NCDP site but it’s 46 pages of stuff most of which is not related to the county convention or the officers’ duties.

As part of convention preparations, it would be helpful if nominations for all posts were solicited a couple of weeks before the convention and a package be produced with the roles and responsibilities of each position and whatever campaign materials each of the nominees cared to include.  I see no harm in also including a recommended slate of nominees compiled by the outgoing executive committee, who will know as much or more than most precinct delegates about the needs of the positions and the competencies of those being nominated, especially if there is formal or informal succession planning.

I suppose you could still take nominations from the floor but if things went like most boards, there would be few.

There were several problems here. Durham Democrats are committed to being democratic, if nothing else. An elaborate process for tallying votes and reporting them seemed to exist although attempts to explain it didn’t help much. As I understand it, precincts where allocated delegates and convention votes based on the number of votes cast by democrats in the last election. Each precinct “caucused” regardless of their proportions or representation that day for each vote, which was recorded on a ballot that had to be taken to the stage where they were recorded. Some of the precincts did this quickly, others not so much. Since it could involve some math, there was some confusion around that.  This left a lot of time for  people to socialize or play games or check Facebook on their phones or just give up and leave to enjoy the beautiful weather. My conclusion was that there must be a better way.

First, this ought to be called something else. Durham was allocated something like forty members of the Executive Committee and Durham is just one county out of a hundred in North Carolina. There’s nothing “executive” about that. That’s closer to a mob. Furthermore, anyone could nominate anyone including themselves and many did.  In the interest of time, the new chair did not give anyone a chance to speak even a minute to say why they wanted to be on the committee. This was wise but how the hell do you know anything about who you’re voting for? If that kind of herd is being sent to the state convention, nominations should be taken in advance and distributed with information before the county convention.

What bothered me more though was the quota system that has been adopted to insure racial balance.  I don’t think this is what Martin Luther King, Jr. meant when he said that his dream was that his children would one day live in a nation where they would not be judged by the color of their skin, but by the content of their character. An argument broke out about what constituted a “woman of color.”  I heard someone else say that we need to go beyond just race and also allocate spots for the LGTBT community. If you go there, why not assign slots for the handicapped, how about fat people or felons that have done their time?

I have two concerns here. The first is ideological. At this convention, we should be Democrats first and however else we identify be secondary. We should send to the state convention executive committee members that will work the hardest and smartest advancing the Democratic agenda. Forget quotas.

My second objection to this is more practical. While Democrats are yelling at each other about proportional representation, the Republicans are kicking our asses doing what you have to do to get out the vote, raise money, etc.

Resolutions are those things that begin with “whereas” and are statements of policy that, theoretically anyway, would end up in the party platform.  Also theoretically, they start at the precinct level and work their way up through the county and then up to the state level.

Of course, we being democratic Democrats, several pages of these resolutions had to be voted on.  On these there was some effort at consolidation and all the resolutions where organized and distributed during registration. The new chair was able to pass many of them on a voice vote but a debate did break out about pushing for a “true ward system” in Durham for municipal elections. This was well past the time that the convention was supposed to be over and my need for a bathroom, some food and some sunshine had reached a critical stage, so I left. By then the crowd had thinned out considerably.  What they possibly could have been doing the next two hours in the auditorium, I have no idea.

I have two thoughts on this whole resolution process.  First, is it necessary at all? Democrats I know love to discuss policy and all have their own issues that they are passionate about. That’s wonderful, but at this point in time, what we generally believe is in such contrast to the what the opposition believes (and is implementing while they are in control of the legislature) that we don’t need to refine the issues anymore.

We need fierce resistance and action plans to get out the vote. Some of this is happening completely divorced from the official Democratic Party with groups like MoveOn and the rapidly expanding Indivisible movement. But if the official party continues to be all tangled up in its underwear, it will become obsolete, if it isn’t already.

Second, if we must develop these resolutions, let’s publish them online, well ahead of convention, in a blog form that allows comments and assign a committee to finalize them and NOT argue them at the convention.

If I had to summarize this in one sentence it would be “The Durham Democrats need less talk and more action.” That’s my two cents or… $1.02 for what it’s worth. 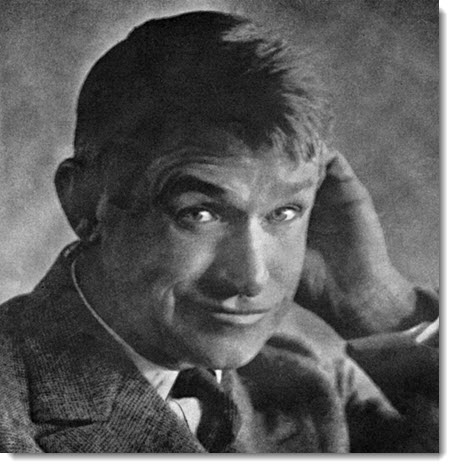