You are here: Home / Uncategorized / Gentrification 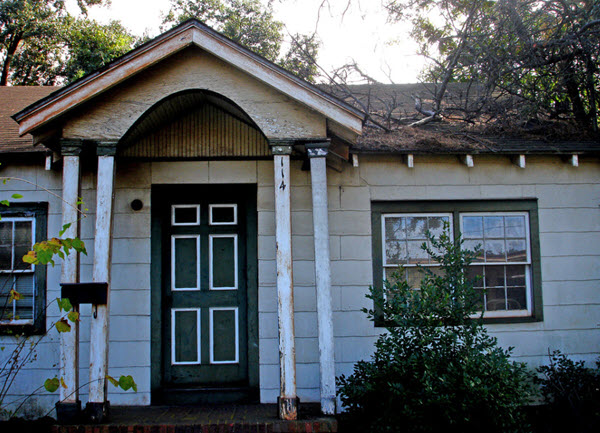 As both a Realtor and as a member of the original board of Downtown Durham, Inc. 25 years ago, I’ve become a little bewildered by the whole debate that is going on about “gentrification.” Back then not even the most optimistic among us thought Downtown Durham would become what it has become or anticipated the impact that would have on surrounding neighborhoods.

So, is gentrification an unintended consequence of our success or something more sinister?

If the political leadership of a community decided to focus on eliminating poverty in an area of town, what metrics would they use to measure their efforts? Wouldn’t they consider higher average incomes, improved housing stock, less crime, more owner-occupied homes, more tax revenues, and less need for welfare and social services?  They might also anticipate better school ratings and investments in amenities like convenient shopping.

Not necessarily if there are those who will be displaced from their homes by higher rents or the loss of affordable rental units that have been upgraded.

Except for a few monks and counter culture types, I’ve known few people who prefer to live in poverty. I work in a profession that sells the American dream of rows and rows of nice homes in nice neighborhoods. But the recession was tough on a lot of Realtors including me and forced me to take a broader view of the importance of housing.

I’ve tried to apply Maslow’s hierarchy to housing. It works, but it has its limitations.  At the bottom of the pyramid, it’s all about meeting the most basic needs for safe shelter. As you move up the pyramid, comfort and convenience become more important and at the peak there is often self-actualization going on. At that peak the homes themselves start to be works of art or very satisfying pieces of a lifestyle sought by the owners.

What I think I missed though, and what the monks, counterculture types and artists intuited, was that self-actualization can take a different direction. There are a whole lot of people who don’t want as much from their housing as others and are just happy to have a roof over their head or a little more.  Without the burden of expensive housing they are freer to pursue their art, their spirituality or a relaxed lifestyle.

Taken one step further, the satisfaction they derive from their home may be its connection to a community. Whether it is built around long-time relationships with family and friends, or an institution like a church, community is often very important to people. In all these situations. their hopes and dreams are not caught up in the quality of the flooring, the beauty of the countertops or the layers of crown molding.

There is data from other communities that suggest that the displacement that comes with gentrification is not as dramatic as some fear it will be. At least part of the appeal of these neighborhoods is the diversity of lifestyles. I call it texture.  Wonder Bread versus artisan multigrain.

I sold a home last year in East Durham not too far from the intersection of Main and Driver. It was still in the family that built it before 1900 when most of the residents in the neighborhood were white.  The home had not been lived in for a while, none of the major systems were operable, there was considerable structural damage and it was full of the detritus left behind by an occasional renter and family members. The owner shared stories about growing up there and who lived in the neighborhood and what was going on when the street wasn’t paved that far out.

I put the home on the market in that condition for its assessed value hoping to get half that. Within an hour of it hitting the multiple listing service I had a full price offer from a “wholesaler” who hadn’t even seen the home. By the end of the week I had several offers for the sellers to choose from over the asking price. The bidders were both black and white.

What struck me from the whole experience was that neighborhoods change over time all by themselves. Paving a road, adding a bus line, the closing of a plant, the opening of a store or just a few neighbors beginning to fix up their homes, can start a movement. There are things local government can do to affect what happens in a neighborhood, of course…better policing, loan programs, a park, street maintenance, bus service, etc. My observation is that neighborhoods are either getting better or getting worse, but never standing still.

What is disturbing about our gentrification debate is that it seems to be pushing us into our tribal corners in a trend ignited by the election of 2016. Yes, many of the people doing the renovations or buying the renovated housing in East Durham are white. But these are not the people who a few years ago would have declared “There goes the neighborhood” when the first black family bought a house on their street; much less are they the people inclined to fly a Confederate flag from their porch. By and large these are folks that are already comfortable with Durham’s diversity and inclusion and are sympathetic to the needs of all their neighbors.

Recently I saw a comment in the Herald-Sun lamenting that when the gentrification process moved into the traditionally black middle-class neighborhoods around NCCU that “they would have lost it.” It sounded a lot like “there goes the neighborhood” to my ear. Be prepared, it’s going to happen, sooner than later. Much of that housing stock was built mid-century and is showing its age.  Homes wear out and if there in no reinvestment in them they lose value and the neighborhood declines. Fact of life.

I would submit that new owners, whether black or white, are a primary source of that reinvestment. I submit that what is called gentrification is not the problem but part of the solution.

What I am still hopeful for is that I live long enough to see an era where issues like this aren’t framed as those of the black community or the white community but of the Durham community.